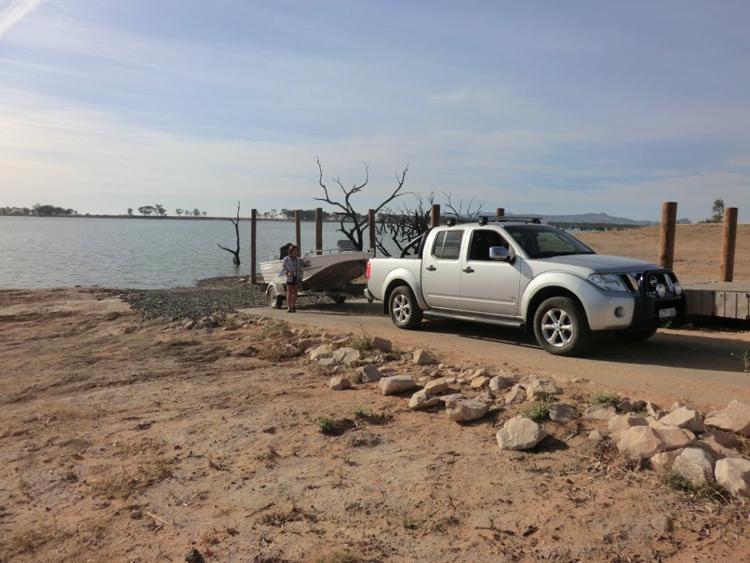 Acting Fisheries Victoria Executive Director, Allison Webb, said the upgrade was funded by the State Government’s Target One Million plan for recreational fishing, which aims to grow participation to one million anglers by 2020.

“The $39,000 upgrade, undertaken by Grampians Wimmera Mallee Water with the support of the Mid Northern Association of Angling Clubs, has fixed the severe drop off at the end of the ramp and made it safe for trailerboats once again,” Ms Webb said.

“Nearly 650 tonnes of rock and aggregate were used in the upgrade.

“Taylors Lake is a popular freshwater fishery, home to populations of Murray cod, golden perch and silver perch, all of which are stocked annually at fingerling size using recreational fishing licence fees.

“Healthy freshwater fisheries contribute to the social and economic wellbeing of regional communities by providing destinations for people to spend time together in the great outdoors.

“That’s particularly important during tough times, such as drought, when waterways offer relief from hot weather and a welcome distraction from the stresses of running farms and small rural businesses.

“We want to help regional communities remain resilient by investing in small projects that make a big difference.

“Several of those projects are being funded by the State Government’s Target One Million plan for recreational fishing, through its Better Fishing Facilities grants program.

Learn more at www.vic.gov.au/targetonemillion or email improving.fishing@ecodev.vic.gov.au with suggestions for projects in your area.

0
3   0
previous Like snags? So do our fish!
next Murray cod closed season removed at Lake Eildon