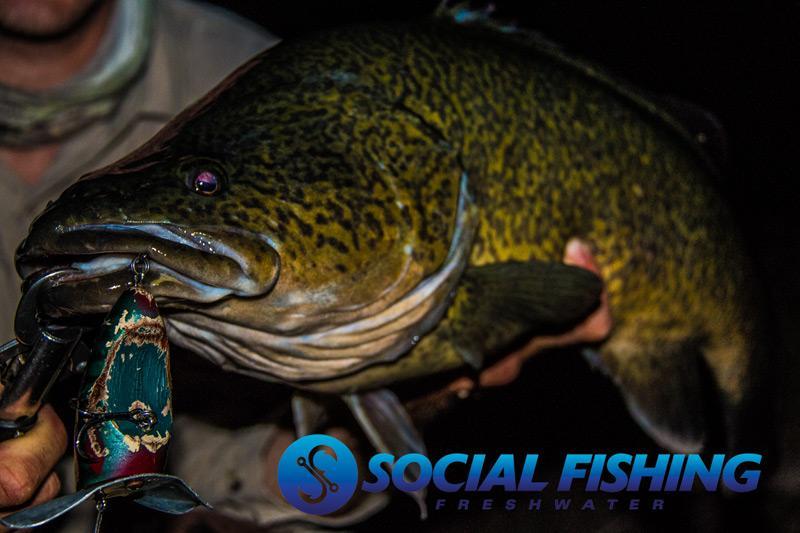 We receive many questions from anglers on a regular basis and we attempt to answer all of them. Our post last night on Facebook was in regards to surface fishing and we received a question from Nick and he brought up the topic: Why do cod attack? The question of: Hungry V Territorial Nature? That has led me to write the piece below on the topic.

There are many different opinions and thoughts when it comes to the question: Do cod eat out of hunger or aggression? And to tell you the truth they probably eat because of both reasons. There is also their instinctual reaction to eat something out of curiosity, especially smaller fish. So there are a range of different reasons as to what makes a cod attack.

I believe in my experience with cod is that they eat majority of the time out of hunger. As I’ve experienced and probably everything angler out there has experienced, is a situation when cod will not take a lure at all. You can cast at a great big snag all day long and it won’t touch it. We know the fish is there but nothing is going to make it eat. Now if they were always territorial it would eat your annoying lure eventually. But I’ve witnessed big cod in clear water, sitting on a snag ignore every lure thrown at them. They even swim out of the lures path to the other side of the snag and don’t even care.

Same situation if you have a fish in a tank. I have seen many times before where a yabby is dropped into the tank and the cod doesn’t take notice of it. The yabby is in his tank, it’s his territory but the fish doesn’t attack. Two days later and the yabby is gone! Just like us, if we aren’t hungry, we aren’t going to eat.

Don’t get me wrong, Murray Cod will still eat out of territorial nature. Especially the males during mating season (spring) while they guard the nests. At this time of year they will be extremely aggressive as their guard their young. If a fish does attack with the intent of guarding its territory it will be more of a chase and swipe with the side of the head. Rather than a full on aggressive attack. You may have experienced fishing sessions out on the water where you are getting timid bites that aren’t connecting and you start to wonder if your hooks are sharp enough or if you are striking properly. The reason could be that the fish are attacking with a territorial mindset.

I believe the reason the fish (from our previous surface session that took over 30 casts with a surface lure before attacking) took so many casts to tempt is because at night cod will move around in search of food. For the first 20 casts the fish may have been at the bottom of the pool and has slowly made its way upstream. Then maybe it noticed the surface lure which drew in its attention for the next few casts before lining the lure up. Or maybe it followed the lure 3 or 4 times but didn’t get the right angle to attack or kept pulling away. It could have been hungry but not that hungry that it took its time to decide to attack. You will be surprised how many times a fish follows your lure that you don’t even know about. Even I have no idea but I’m sure it’s much higher than we think. Especially in the dark when using surface.

I still believe this fish attacked out of hunger as the creature on the water’s surface isn’t invading its territory. The cod wouldn’t waste its effort to try and scare something off the surface that isn’t near its snag.

Another question from this conversation is: If the fish attacks your lure out of territorial nature why doesn’t it attack straight away? Why do they wait for 10 or more casts before attacking? Maybe they do it as they are annoyed rather than defending their territory. It’s a question to which we will never fully understand the answer. We can only learn from experiences to better our angling knowledge.