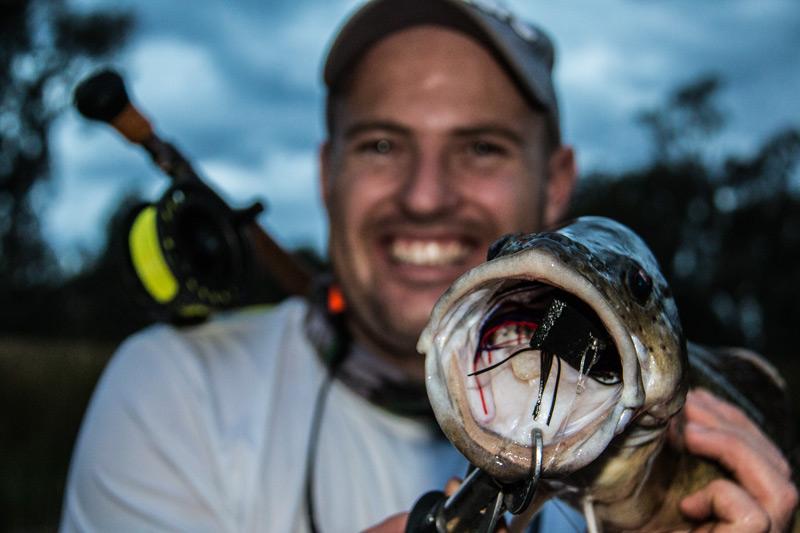 The pursuit of reaching certain angling milestones is something every angler has in common. These milestones differ from angler to angler, weather its catching there first fish or getting your first trout on fly or catching a metre Murray Cod. It’s the pursuit of these milestones that drive us and sometimes consume our every waking moment that makes this sport so great. For years every fishing trip revolved around one driving ambition and it was catching a Metre plus Murray Cod. The joy I had when I finally reached that milestone was euphoric but after the massive rush wore off one itching thought kept turning through my mind.

Well after watching some fishing videos on YouTube I stumbled on one clip put up put up by renowned native fly fisho Ross Virt and my new obsession began. From then on any spare moment was spent researching techniques, purchasing as much fly gear I could get my hands on without getting divorced and practicing in my front yard with my new fly rod.

After a few attempts on local waterways with absolutely no luck at landing a native the annual Social Fishing trip was my next chance to hopefully scratch my fly itch. The first day saw me casting for hours with nothing to show but a sore arm where my fishing partner Rhys landed a beautiful golden perch within the first hour of ever casting his fly rod. The jubilation of the catch soon wore off to frustration as I still was yet to get a touch after watching Rhys drop another fish I resigned myself to sulk for the rest of the day.

The second day saw me not touch my fly rod until the afternoon as I waited to try my hand tied surface fly again. It was 30 min before sunset and a large thunder storm was rolling in. It was at this point I knew that the natives should be going off their heads. As the light was fading I started to work a small cluster of snags, the first cast and retrieve yielded nothing the second cast landed perfectly and as I made my second strip my little black popper was inhaled buy a very angry Trout Cod that plunged straight to the depths. After a bit of a struggle the 10wt rod muscled the Troutie to the net and once again I experienced that sense of achievement and euphoria you can only get from something hard earned.

I now have new milestones to concur new species to chase on fly and look forward to sharing my experience with all you readers.