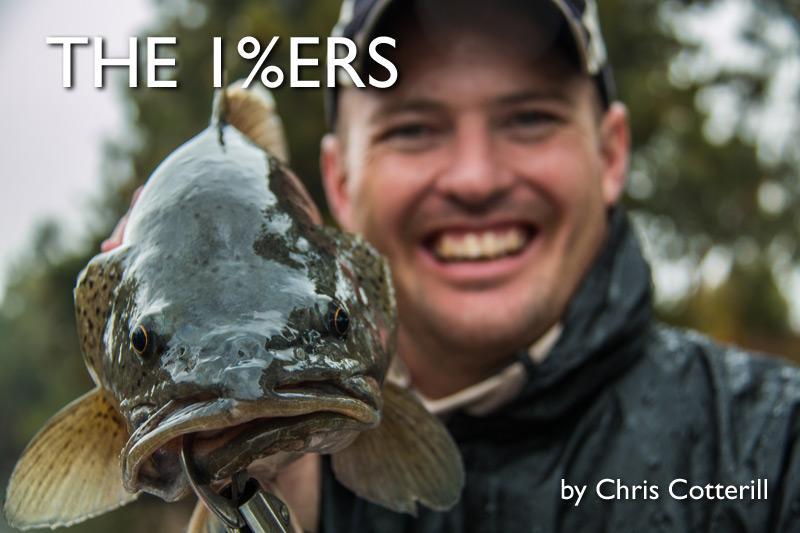 There is a saying that 10% of anglers catch 90% of the fish. I have reflected a lot on this phrase saying and I would have to say it would be even less.

Day in day out I see countless anglers come in to see me at Tackle World Wagga, some have great results and catch fish some do not. There are some who take a very relaxed approach and once every now and then hook and land a trophy fish which is great to see. But then there are people who I see come in whom I like to call the one percenters.

These fishermen have perfected or come close to there chosen field of fishing. They consistently catch big fish or huge numbers of fish. But how you ask? Some like to put it down to them being “lucky bastards” but I think it goes far further then luck. These select few anglers all have common attributes that make them great anglers and after years of talking the ears off these anglers I have compiled a small list of these tips and tricks in hope these traits might rub off.

This is one of the biggest tips I have to give, now I know what your thinking, “Well that’s bloody obvious!”  But when I speak about attention to detail I’m not talking about rod, check! Reel, check! Leader check!

I’m talking about for example; I know one angler who has every square inch of his boat mapped out and everything must be in its place from the location of the braid scissors to making sure that casting deck is free from any mud, dirt or leaves (which is bloody hard fishing the river). But it’s the attention to detail that makes it effortless and easy to fish in any situation and this goes weather its casting in a boat or just walking the banks with a back pack. Make sure every detail is perfect; also pay attention to your surrounds. It’s the tiny details that can make all the difference. A bait fish jumping, a swirl in the water, a spike in water temp. These minute details are huge key factors in weather you are just another angler or a successful and observant angler.

Think Outside the Box

There are those anglers who fish the exact same way day in day out no matter what. Now don’t get me wrong they may do it that way because it produces fish, but when that method stops working they say, “The fish are off the bite” or continue to drill the same method to the death for poor results.

It’s the anglers that are constantly looking for new methods or improving upon existing methods that make them pioneers of our sport. Think about it? The first person that tied on a Berkley Gulp! Black Minnow Grub and thought, “This would be a deadly Golden Perch lure” would have had the majority of anglers who tied on a lipless crank laughing at them.

Now the go to lure for active or shut down Golden Perch are these wriggly black grubs. But it will always be the anglers who are constantly thinking outside the box and pushing the boundary that will be ahead of the curve and more likely to fool those big educated fish.

This is an easy one to explain. Whether it’s Rain, hail, sideways rain and minor flood warning, you try the hardest and put in 110% no matter the conditions.

It’s the anglers who see the weather forecast that reads 95% chance of 10 to 50mm of rain and don’t think twice about going fishing are the ones who end up being able to read any water way. They know how to fish it to its fullest potential on those tough days. If you’re too busy sitting on the couch keeping warm and watching the footy you’re not trying to better your skills.

A very successful angler one told me this and I try to live it every time I start getting complacent when it comes to learning new techniques. “If you’re not green, you’re not growing”. Don’t just look at these anglers who figure out these new techniques and are leaders in our sport, become a leader yourself.

Pay attention, think outside the box, fish hard all the time and challenge yourself. These are the attributes of a great angler and there not something great anglers just attain, but they constantly strive to achieve.

Successful anglers don’t just wake up and become great anglers they push themselves day in day out to perfect their craft. And if you want to be one of those revered anglers then get off your bum and start casting, ask questions and push the limits.