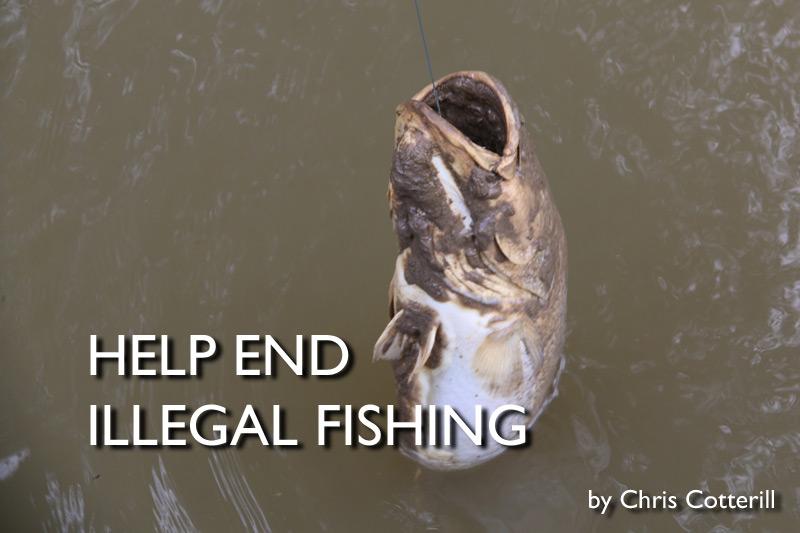 The afternoon silence is broken by the sound of outboard motor slowly rattling its way up the winding river with its driver diligently listening for the sound for oncoming boats. Every now and then glancing over his shoulder for anyone coming up from behind.

He slowly noses the boat against a willow tree and reaches down just below the water line and grasps a tree root and attaches his setline so no passer-by will notice its presence. The hour’s pass and the setline has found its target a large Murray cod. With the hook set deep in its gut and too exhausted from fighting helplessly for hours against the rubber springer it sits and waits for the owner of the set line to come claim his prize.

The morning comes and that same boat makes its way up the river. The driver scans the river bank for the willow tree that he fastened his line to but in the morning light the bank looks different the willow trees all look the same and the driver continues up river bypassing his lost line.

The days pass and the large Murray cod that has survived predation as a fingerling, countless droughts, times of sparse food and floods, is left to die a slow painful death by a person who has the gall to call himself an angler.

The same term used to describe myself and thousands of others that love and respect the fish and wildlife that inhabit our waterways. This act of ignorance and stupidity makes my blood boil and I wish this story were nothing but fiction but sadly it is not. In fact it’s happening right now as we speak right across the countless waterways unchecked.

Not long ago I penned a story called “you can teach an old dog new tricks.” It was in reference to anglers evolving from old methods like set lining to the fairer sport of angling with a rod and reel in hope I might inspire a few old fishos or a few younger ones for that matter to stop the use of illegal fishing methods.

Since that day I have still seen and heard of a lot of anglers using illegal fishing methods used in my waterway I was even chastised for penning the piece by some anglers. So now I’m taking a new stance. As many fishermen know the NSW DPI and other state fisheries enforcement groups have a massive job with fisheries inspectors stretched to the limit to cover all the vast waterways all over the country, an almost impossible task to patrol it all.

What I am asking from all anglers now is a 100% no tolerance stance on illegal fishing in any form. Now I’m not asking for vigilante mobs lynching fisherman from the nearest tree but for us to no longer turn a blind eye to illegal practices.

Now this is how we do it.

The Fisheries inspectors do a fantastic job but they are few and far between and vastly understaffed for the job they do so we need to assist them as much as we can to try and get these people who thumb their nose at the law caught and convicted.

Most are more than happy to hand out there card and get to know the local anglers that fish their waterways. I have never had a fisheries inspector get upset when I have called them about illegal fishing in their back yard, on the contrary they love it! First hand fresh information is key to catching these guys who are breaking the law.

Step 2 – Save the reporting phone numbers in your contacts

All Australian states have reporting phone lines and online reporting forms to submit any illegal fishing activity. If we let the powers know the extent of the issue and how we want action they will have to act. Imagine every angler reporting every illegal activity they observed they would be inundated with reports.

How many times have you seen something illegal or something suspicious and not reported it?

If we all start informing the powers at be then hopefully through people power they will listen and maybe even put more men on the ground to deal with the illegal fishing issue.

Who were they? What time was it? How tall? What was their hair colour? What was the boat and motor type? What was the car or boat rego? Where were they fishing? These are all key pieces of information that can help catch illegal anglers.

Step 4 – Don’t try and do fisheries job for them

Now this one maybe very hard for some people because as anglers it’s hard to ignore people breaking the law. For me in my neck of the wood it’s most commonly finding set lines. Now my first reaction was simple, pull them up and cut them to pieces done! Now what does this achieve? Dose it remove the line from the water? Yes! But will it stop that angler from putting in another? Probably not.

By being on a first name basis with your local inspector they are more likely to react faster to illegal fishing and be able to apprehend these people breaking the law. Also you may be interfering with a possible fisheries operation by destroying evidence of an illegal fishing. So as anglers and as hard as it is for us we are better off reporting these issues to get these people convicted rather than trying to find and destroy every line or cage or net these guys chuck in.

So come on guys let’s all take a stand to really drive out this issue and follow these steps and together we can make our waterway an even better place to enjoy.