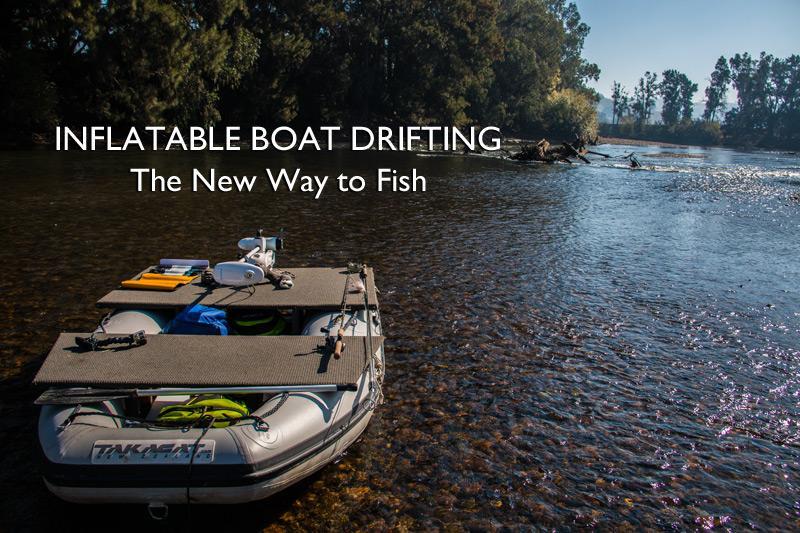 Floating down shallow and clear rivers accessing virgin water that hasn’t ever seen an angler. The landscape and environment are breathtaking along with the fishing and even better, the adventure. It’s just us, in our inflatable boats going along where the current takes us.

Over the past couple of years we have been testing inflatable boats on the freshwater scene. In particular along shallow running rivers chasing Murray Cod and Golden Perch. The reason we began to use these boats is because shallow waters could only be accessed by a small watercraft; either a tinny, canoe or kayak – but these crafts all had faults and that’s where the inflatables come in!

These blow up ‘Rubber Duckies’ as we like to call them are the best way to access untouched waters. They are extremely stable, stealthy and float in less than an inch of water. The main problem with tinnies and kayaks is their stability and they are difficult to stand up in – especially in fast flowing waters. This is why we looked towards inflatable boats as they are unbelievably stable.

We are able to fish with two people in the boat, both standing up and in fast flowing water. This is almost impossible in a kayak and in a tinny it is achievable but small tinnie’s are less stable and noisy. Inflatables are quiet and being stealthy is important when targeting native species in clear and shallow water. The other benefit over a tinnie is the ability for the inflatable to float in minimal water.

We use them to access remote locations and they bring us some of the best adventures. The inflatables are also easily customisable and we have created some custom decks that make them even better!

If you want to learn more about the inflatables, where and how we fish with them and also the customisations – come see us at the 2016 Sydney International Boat Show! I’ll be there talking on Friday 29th and Saturday 30th July at 6pm for half an hour all about these inflatable boats.

I’ll be talking about all the features of the inflatable boats we use – the Takacat Inflatable Catamarans. I’ll also be going in depth on the customised decks we have built for the boat and how you can do the same at home. Best of all these Takacat Inflatables are a cheap option and pack down into 2 small bags – perfect for the traveller.

Don’t miss out on this great show and I hope to see you there! I’ll be happy to answer your questions on not only inflatable boats but anything to do with freshwater fishing!

I’ll also have plenty of giveaways! See you all there!

0
3   0
previous Come see Social Fishing at the Sydney International Boat Show
next Why was the Winter Cod Season so good this year?