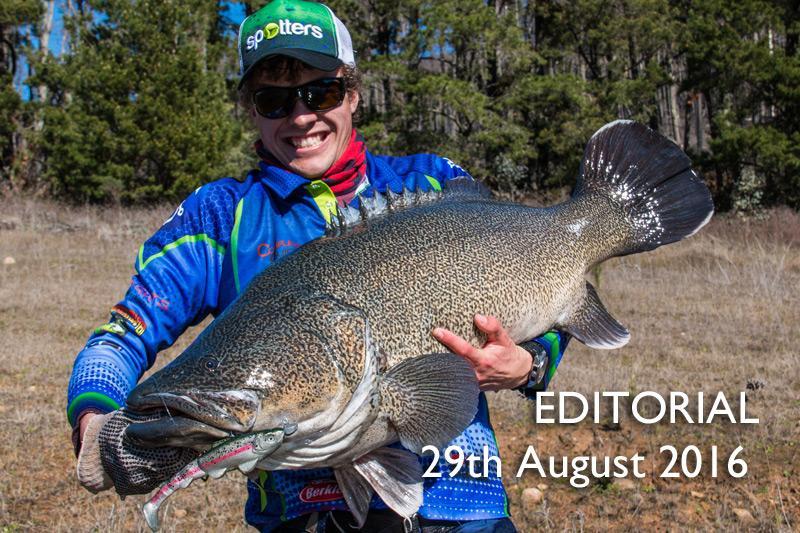 It’s been some time since my last editorial and there has been lots happening at Social Fishing. The team have been venturing onto the water week after week chasing monster cod before the season closed. We landed some great fish with a total of 4 metre cod amongst the team and the biggest going to Chris Cotterill at 125cm! Towards the end of August was hard work but I finally managed to stick a fish after dropping way too many. This fish measured in at 110cm and was an absolute tank! It was a great way to end cod season and makes us even keener for the 1st of December. The stand out lure for the winter was the FX Fury from www.trapstackle.com.au.

We are now looking at the Golden Perch season in both the rivers and dams, the Trout in the lake and we are also not far away from the open of the Victorian Trout season. Over the coming weeks will be uploading articles, tips and videos on targeting Golden Perch and Trout this spring. To give you a quick preview we will be covering topics on: schooling Golden Perch, location and lures, soft plastics, casting for lake Trout and Trout trolling trips. These are just a few of the tips that are coming your way soon.

The Social Fishing team has been hard at work filming the all new Trout in Lake and Dams series that will be a part of the Complete Guide later this year. This series will be filmed in the Snowy Mountains later this year where we will produce the ultimate video series for targeting lake Trout. We will cover lures, gear, where and how to cast and the techniques and tactics when it comes to trolling. There is so much to cover and it will be the perfect series for someone who is just getting into this style of fishing.

The 16th of October is Gone Fishing Day which is a new and exciting! It’s a day for all Australians to grab a rod and enjoy a day on the water fishing. The Social Fishing team will be down at Lake Albert in Wagga Wagga talking and answering questions all day. It will be a great family event so make sure you head on down for a fish and come and ask us any questions as we would be more than happy to help.

Make sure you check out the ‘Fishing Update for September’ to find out where the fish are biting around the region and the best ways to target them.