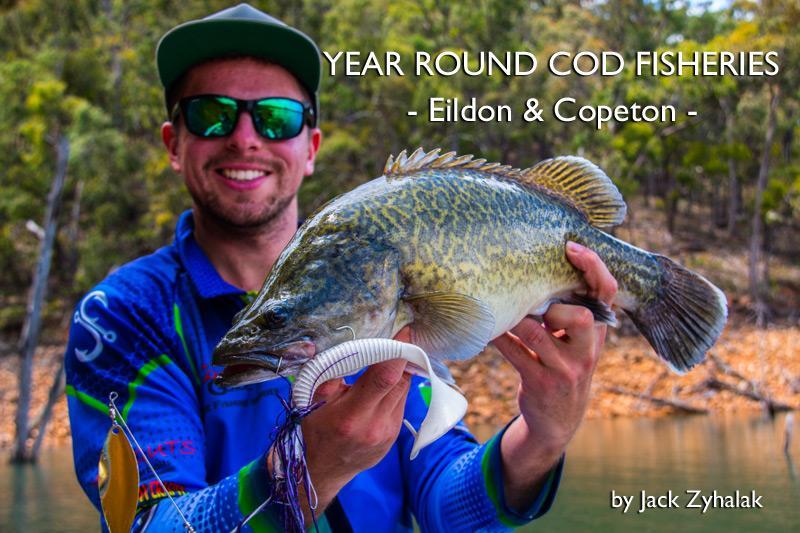 If you’ve been following our posts over the past few days you would have noticed that we have been targeting Murray Cod. People have been quick to point out that targeting Murray cod at the moment is prohibited to protect them during their breeding months from September through to the start of December. What you may not have known though is that there are a number of impoundments which have actually been recently opened for year-round cod fishing – these include both Lake Eildon in Victoria and Copeton Dam in Northern NSW. This has been met with good reception among the die-hard cod fisherman, allowing them to pursue Murray Cod year round.

The main reason for opening these dams in particular comes from the results of extensive research showing Murray cod having minimal breeding success in these waterways and that the majority of fish in these dams are actually stocked. The intention of the Murray cod closed season is to protect breeding fish by giving them sufficient time to go through their breeding cycle undisturbed – the fact that research has shown there is limited natural recruitment in these impoundments means cod don’t need that same protection. This has led to the opening of both Eildon and Copeton to Murray cod fishing all year, with the possibility of opening up further lakes and impoundments in the future depending on research results.

This is great news for those of us looking to get that Murray cod fix during the closed months and it’s also an awesome opportunity to make the trip to check out either Lake Eildon or Copeton dam if you haven’t already been to these amazing places.

Jack Zyhalak Jack is an expert at casting along rivers for both Murray Cod and Golden Perch. He grew up learning the art of accurate casting against the timber lined banks of the Murrumbidgee River. He is a common article writer for the site teaching you many niche skills for freshwater angling.
Related Posts