﻿
Home Blog News The Year Ahead – 2017 has Already Started with a BANG! 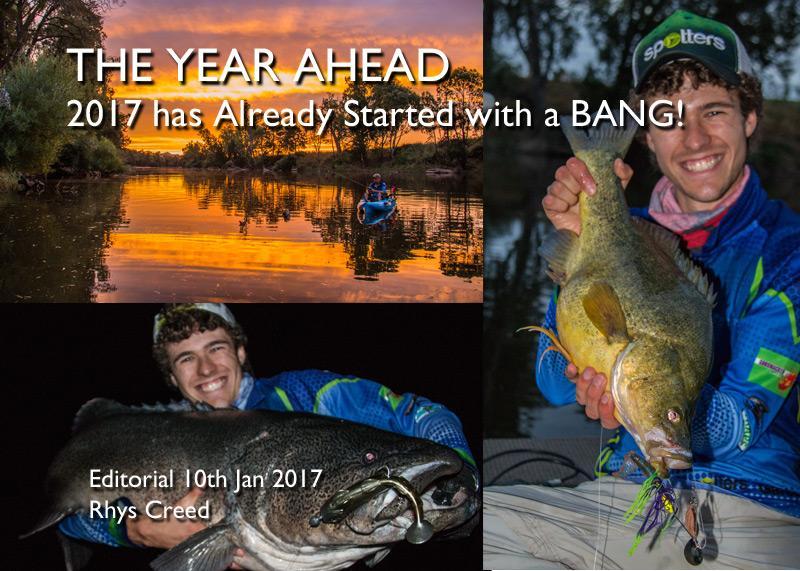 How good was the start to cod season this year? December was unreal with so many people around the country getting out and catching some great fish. Everything from natives in the rivers, monster cod in the dams and huge amounts of quality Trout, Bass and Redfin!

This year is set to be even better with a great start less than two weeks into the New Year. What I love seeing is the amount of people getting into freshwater fishing, and even better starting to lure fish for the first time. We’ve been inundated with question, queries and interested people wanting to learn more about freshwater lure fishing.

Even the excitement on Social Media leading up to cod opening was intense. The fishing community is so strong now which is great for recreational fishing and it’s only going to get better.

Where are the fishing biting?

In terms of fishing and where they are all biting, the simple answer is everywhere! If you’re targeting natives, all the lakes are producing solid cod. Whether that be Copeton, Burrinjuck, Blowering, Eildon, Mulwala or any of the other small dams – they will all be feeding.

In the summer months all the fish will switch on due to the large amounts of food and the energy they need to replace in the heat. The smaller fish will be incredibly active and the big fish follow suit but they really come out to play in the dark. This is true for both lakes and rivers and it is all to do with the temperature.

During the middle of the day on these hot 35degree plus days the fish won’t expel too much energy during the daylight but come nightfall they really switch on. Firstly because it is cooler and secondly like always they have more confidence and can find an easy meal in the dark.

The surface fishing in the rivers is insane at the moment with all the hot and humid weather! If you can time a trip with an overcast and humid day you will fair extremely well. Try to target smaller waterways that are flowing with little current, preferably non irrigation rivers. In saying that the Murrumbidgee River (which is used for irrigation) has been fishing incredibly well on surface early in the morning. You want to target your casts tight in against the edges, against timber and in amongst reedy edges.

Learn more about surface fishing in this article: “Murray Cod on Surface – How to catch cod off the top!”

But if you’re really up for some excitement, find a small creek and fish surface in the dark! We are about to head out and film the Complete Guide – Murray Cod on Surface in Creeks tutorial which is set to be released with the rest of the series in mid to late 2017! This new refreshed, updated and expanded series is set to be a cracker. The team are extremely excited to launch it and we hope you will all enjoy it.

If you’re keen on the Trout in small streams make sure you book in a trip very soon! The Trout are going crazy due to all the terrestrial insect activity and this makes for exciting and visual fly fishing.

We would to thank all our followers and supporters, people who read our articles and Facebook post. If it weren’t for your support we wouldn’t be able to grow, write, film and create more content to help you catch more fish.

If you ever have any ideas or things you would like to learn more about, send us an email or a message and we will help!