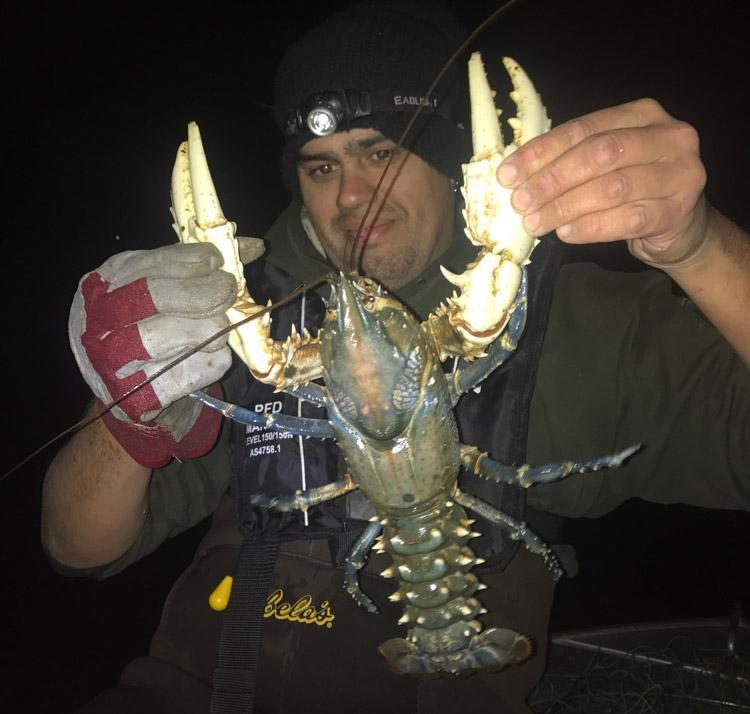 Fishing Clear Water - Successful Tip for the Middle of the Day Winter is here but that’s no reason to lock yourself inside. For the keen anglers it’s not just the lure of a massive cod that drags us away from our heaters into the blistering cold. The start of winter bring with it the Murray Cray season (opening on the 1st of June). Packaged neatly in a hard to handle, angry, spiky exoskeleton is one of the most delicious tasting critters found in our fresh water rivers.

Where are you allowed to fish for Murray Crays?

The Murray Cray or “freshwater lobster” can be found throughout the Murrumbidgee and Murray rivers and also further afield but can only be harvested in two areas.

To catch the largest of Australia’s inland cray fish you will need a few hoop/lift nets of which you are permitted five per person and the letters “HN” must be displayed in the nets float along with the users name, year of birth and postcode.

Bait consisting of; dead carp, fresh meat or pierced cans of dog food is best tied to the centre of the net and dropped adjacent to fallen timber and clay banks in no less than 2 meters of medium to slow moving water. When retrieving your hoop net from your boat you should pick up any slack line until you’re directly above the net and than pull the net off the river bed with a purpose. I’ve found that resetting/baiting your nets every hour will result in a higher catch rate.

Murray Cray’s have a slot limit. The minimum, measured from the eye socket to the carapace (the large shell over the head and shoulders) is 10cm and the maximum is 12cm. Most local tackle stores can supply you with a Murray cray measuring device.

Berried females (carrying eggs or young under their tail) should be returned to the water immediately. There is also a daily bag limit of two per licensed person and a possession limit of four. Cooking your catch is pretty easy and the penultimate to best part of Cray fishing. Bring a pot of water to the boil, add a handful of salt than throw in the cray for exactly fifteen minutes, time may vary depending on which old bloke you ask and don’t argue, trust me.

Please note that Murray Crays are extremely slow growing and can take up to 9 years to reach legal length. There stocks have depleted rapidly over the past decade due to over fishing and this has resulted in only small sections of the Murrumbidgee and Murray Rivers that it is legal to fish for Murray Crays. Please follow the above rules and regulations and don’t take more than you need. We need to be smart about our fishing to ensure there are strong cray populations for generations to come!

0
9   0
previous Photochromic Lens - Perfect for the Freshwater
next Setup for Casting Big Plastics, Swimbaits and Surface

Adam Smith Adam Smith is a valuable team member of Social Fishing and is also a lure maker. He is the founder and owner of FTL Lures where he makes quality and affordable spinners which are great for Trout, Redfin and Golden Perch. Adam love his Trout fishing and spends most of his time in the Snowy Mountains trekking the small streams and paddling across the lakes in his kayak. You can visit the FTL website at: http://ftllures.angelfire.com/
Related Posts Something Smells Fishy – Does putting scent on your lures really work?