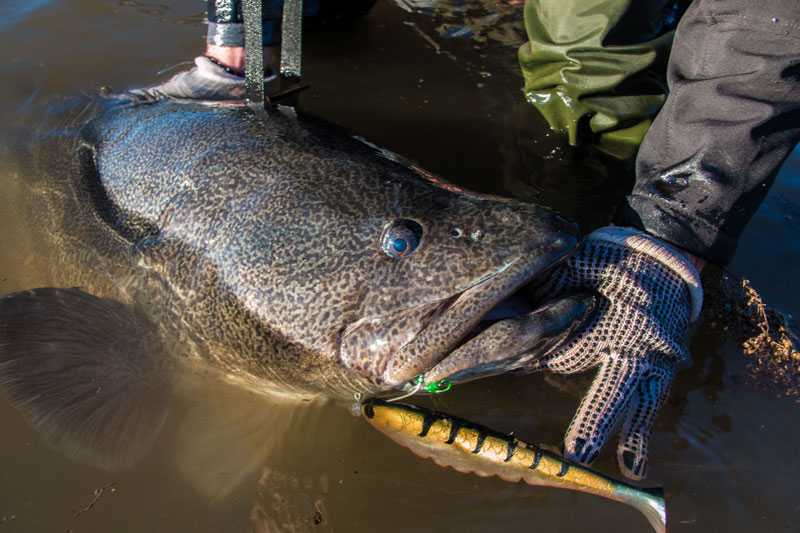 ‘Blowering Dam is open to cod fishing year round!’

Similar studies have been previously conducted at Copeton Dam in northern NSW which showed the same results and therefore was opened to Murray Cod angling year round. Lake Eildon in Victoria is also open year round with proof of little natural reproduction.

Blowering Dam in soutern NSW has now joined this group and this opens up more opportunities for local and visiting anglers. It will now be opened year round whereas before the dam was closed to anglers targeting Murray Cod between September and November.

Why Don’t the Fish Breed?

It is proven that a small percentage of the population survive… so what happens to them? During Spring, Murray Cod will go through their natural spawning process, their instincts kick in and they begin the breeding cycle, even in still water. Murray Cod don’t need flowing water to breed, unlike Golden Perch, which need a flow cue (a specific flow of water, usually like a small flood) to tigger them to lay their eggs. They will produce the eggs and will hold onto them until they get the right flow. But… in a dam there is no flow, so the eggs are never laid.

Murray Cod on the other hand will lay their eggs, usually somewhere safe and the male will fertalise and then watch over them until they hatch. This happens in Blowering as it is usually common to see patches of white eggs on the bottom of the dam.

The juvenille fish usually hatch, unless a few Redfin get to the eggs first but usually a large majority hatch. Then they usually don;t get much larger due to:

These are the main few reasons as to why the natural spawning rate is so low.

Will other dams lift the closed season?

DPI are looking into other dams to see if similar results occur. Stay tuned for more details!

In the mean time we have a brand new fishery to explore as targeting Murray Cod in spring is something very new! The fish will be very aggressive and hungry after a long and cold winter. The smaller fish will feed up and this will make for a very exciting fishery. Keep checking back for updates and articles on fishing Blowering Dam for Murray Cod in spring!

0
1   0
previous Sydney Boat Show: Rhys will be talking on stage everyday!
next Caravan Camping Expo: Rhys is talking on Stage! Ep 48 – Ian and Andy from FishNSW: Chasing Cod from the Bank and the Journey of FishNSW