﻿
Home Blog Oh My Darling – words from a heartbroken angler 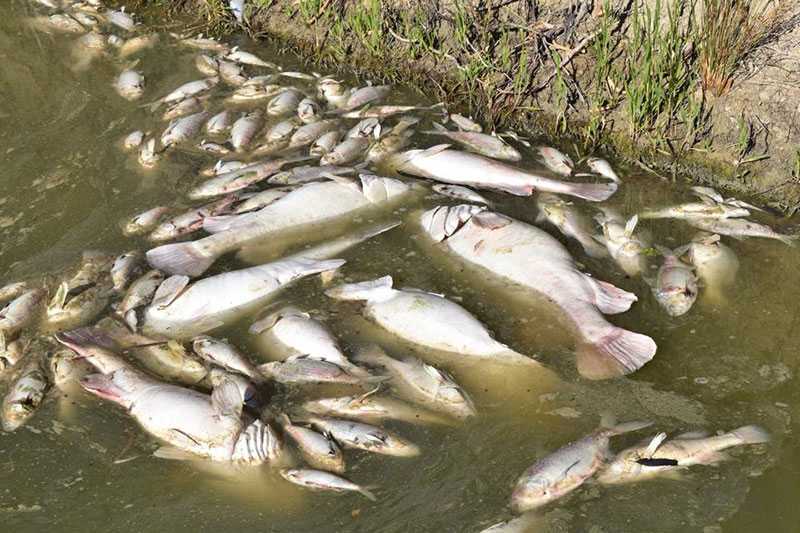 When does a river stop becoming a river? This sounds like the start of a really bad joke yea?

Well unfortunately the answer is bad, but it isn’t a joke. Most people would answer with, “A river stops being a river when the bed runs dry and its precious water no longer flows.”

“A river stops being a river when the bed runs dry and its precious water no longer flows.”

This was my answer to this simple question for many years, until recently. The correct answer is a river stops being a river when its contents becomes misused and someone can somehow profit from its contents, while causing damage to the system.

Damage to a river that has twisted and cut its course through our ancient land for thousands of years. A river that is home to countless life forms in which its waters sustain or the hundred year old river Red Gums that take their nourishment from its waters. A river that has cultural heritage for indigenous people, not to mention the lifeblood of communities.

As soon as the contents of a river becomes of value and is mistreated (and in most cases we are referring to its precious water) it no longer becomes a river. No, it becomes a misused and abused asset.

It’s at this point in time I’m starting to thinking is it wise to point the finger at our own government and its ministers for water and agriculture and cotton Australia for the death of our rivers?

Well at this rate if we don’t stand up and start asking for accountability to the disastrous state of the Darling River and the mismanagement of the Murray Darling Basin plan then this will only be the beginning of the end… and it won’t stop at the Darling River.

“This is the scary part! Imagine if it happens to all the rivers in the Murray Darling Basin (MDB), the lifeblood of our natural fishery… all gone!”

I’m not ignorant to the fact that agriculture and the management of our rivers have to work together hand in hand and water needs to be drawn to help feed our nations people but not at the detriment of our rivers and ecosystems. It’s the excess and greed that has pushed the line too far, the greed for money… the root of all evil.

And water should definitely not go unaccounted for which is what is happening right at this very moment.

What we are seeing now is what I can only describe as the wide scale destruction of our Murray Darling Basin with our own government trying their hardest to throw a blanket over the whole situation and blaming the drought.

And we are not talking about a few irrigators sneaking on the pumps when nobody’s looking.

So far we are talking about billions of dollars of water that we as taxpayers have worked for to help restore our waterways that has been blatantly stolen without any retribution or even threat of consequence.

We occasionally get the odd empty threat from Canberra that the pillaging of our country’s greatest resource will and must stop! Then no action and we are back to our normal broadcast of blatant water theft and death of our waterways.

To top it off we are spoon feed halve truths from the media in regards to this horrible situation that is the Murray Darling Basin.

So far the current Darling River fish kill is being put down as a natural event due to low rainfall, hot weather and toxic blue green algae… and yes these are reasons why fish are dying.

But 2 years ago the Menindee Lakes were almost full! Where is all the water? It didn’t just evaporate!

The simple answer is that it was sold off for irrigation which has left the Menindee Lakes system nearly bone dry.

At the time of penning this we are standing at 2.5% water level and the water left in the lake system is toxic.

This is a major fish breading area as well as a major water supply for Broken Hill, so how could a waterway be so miss managed to the point we are left with toxic sludge water being pumped down the Darling and is right now wiping out everything that lives in the river. This issue never happened in the Millennium Drought that stretched for over 10 years… but only two years after flooding rains there is no water left? Well what’s the point in regulation then…

If these were Wombats, Kangaroos, Echidnas and cute fuzzy critters people would be up in arms! But fish, birds and water life doesn’t seem to matter to the people in the big smoke especially when they are being fed misinformation by the majority of the media.

Since the ABC Four Corners program aired and revealed the large scale water theft and the corruption of senior bureaucrats in 2017 we were promised sweeping change and people cried out for a royal commission into water theft and government corruption, yet nothing has changed.

Sadly the people in control of our waterways don’t seem to be owning up to the mistakes that have been made nor even caring and they are treating us that live and see the effects of this mismanagement like mushrooms. If this when on inside a sporting organisation the coach and CEO would step down or be sacked…

So how do we change this?

Neither do sad videos of countless dead animals shown on social media. The only thing that will make them waver is the loss of their seat of power.

So make it bloody well known in every post on social media in every video and every letter, email written to your local member we will vote you out unless we see change. This is the only threat that will work on those who are holding our rivers at ransom.

As I said this is only the beginning and we are starting to see the effects of mismanagement in the lower Murrumbidgee now too with stagnant water and dead fish starting to pop up in Hay.

For the benefit of a few rich cotton growers I will not stand by and watch the death of our once great river systems.

Please make it known and share it around, I will vote you out!